The Comprehensive Nuclear-Test-Ban Treaty (CTBT) bans nuclear weapon test explosions and constrains the development and qualitative improvement of nuclear weapons and end the development of advanced new types of these weapons. The organization is established in Vienna, Austria, which houses International Monitoring System (IMS) and International Data Centre (IDC). IMS uses four verification methods: Seismic, hydroacoustic, infrasound and radionuclide. IMS comprises a network of 337 monitoring stations and 40 noble gas laboratories that monitor the earth for evidence of nuclear explosions on earth. Once established and certified as meeting all technical requirements, monitoring stations are provisionally operated by local institutions under contracts with the PTS. 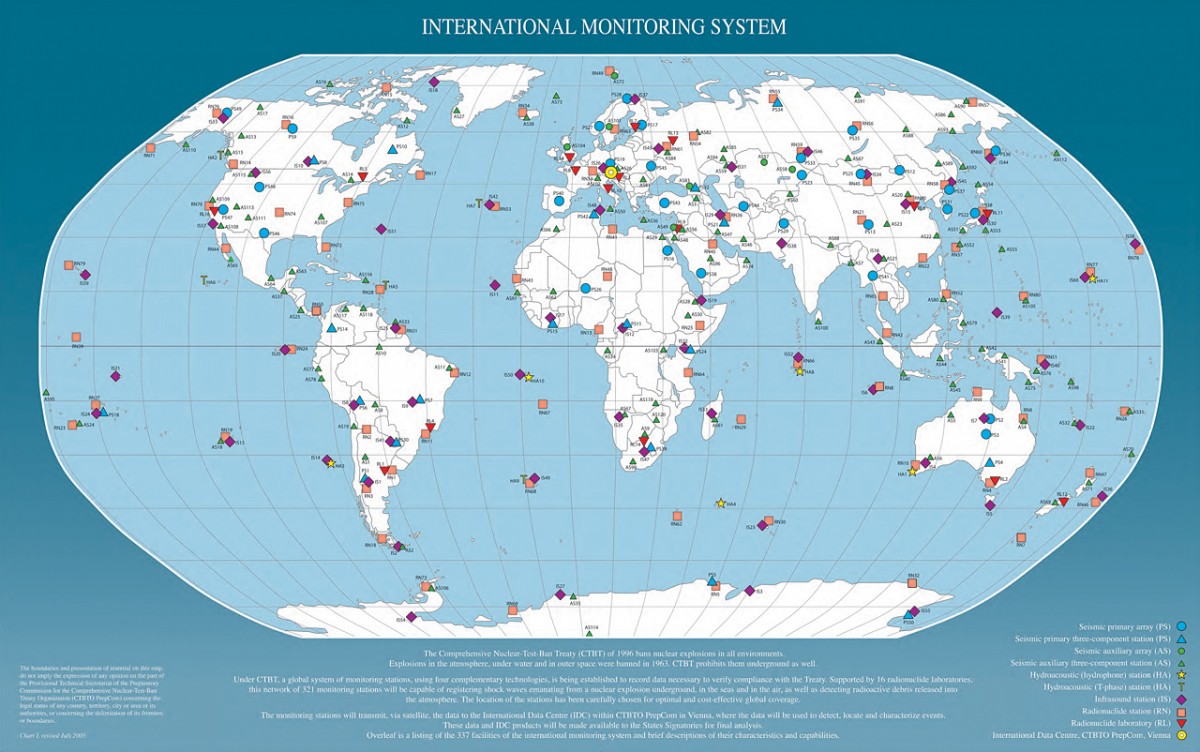 The CTBTO seismic network is composed of 50 primary stations, which send their data in real time to the International Data Centre (IDC) in Vienna, and 120 auxiliary stations that make their data available upon request from the IDC. The principal use of the seismic data in the verification system is to locate seismic events and to distinguish between an underground nuclear explosion and the numerous earthquakes that occur around the globe. The IMS is supported by the International Data Centre. IDC uses IMS data to detect, locate and analyse events, and the first automated products are released within two hours. The products comprise lists of seismoacoustic events and radionuclides that have been detected by the stations. Analysts subsequently review these lists in order to prepare quality-controlled
bulletins. Global coverage is being ensured through the Global Communications Infrastructure (GCI), which receives and distributes data and reporting products relevant to Treaty verification. Data are received and distributed through a network of satellites. (Figures are produced by CTBTO) 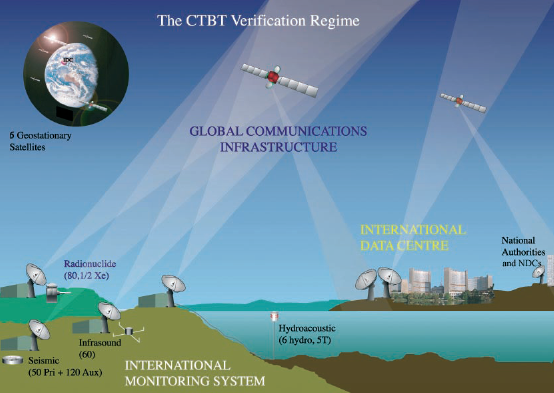